Cradock-raised siblings Ryan and Greg Louw just managed to hold off the Under 23 combination of Alan Houston and Stew Little on a very low river in searing heat to secure the overnight lead at the Breede River Canoe Marathon.

From a three-boat breakaway group in the second half of the 34 kilometre first stage from Riggton Farm to Kam’Bati Resort, the Louw brothers shrugged off all challengers bar Houston and Little, with Shaun Rubenstein and Clint Cook securing third place overnight, fifteen seconds behind the leading two boats.

“It was a very challenging day,” said Ryan Louw. “There were four boats together at front and invariably the first boat into a rapid would get stuck and come out second or third.

“It was hot and so taxing that we were pacing ourselves carefully to try and avoid blowing. When you did get into deeper water accelerating was so demanding,” he said.

“It was incredibly difficult to read the lines because there was so little flow that the river gave us no clues at all today,” he added.

“(Houston and Little) were so light that they were able to get through places where we got stuck and we spent the day catching up to them after every shallow rapid,” said Louw.

For the younger crew of Houston and Little, the short 17 kilometre final stage from Riggton Farm to Drew Bridge on Sunday will hold plenty of opportunities to take the overall title.

“The Louws played their cards really well today, and did a good job of blocking us out at every little rapid or pool,” said Houston.

“It was a real cat-and-mouse days racing and team work came into it a lot. Teams got away at the rapids by picking good lines and working out where to get out quickly and run.”

“The race will come down to who makes the least mistakes on Sunday. It won’t be about strength or speed,” he added. 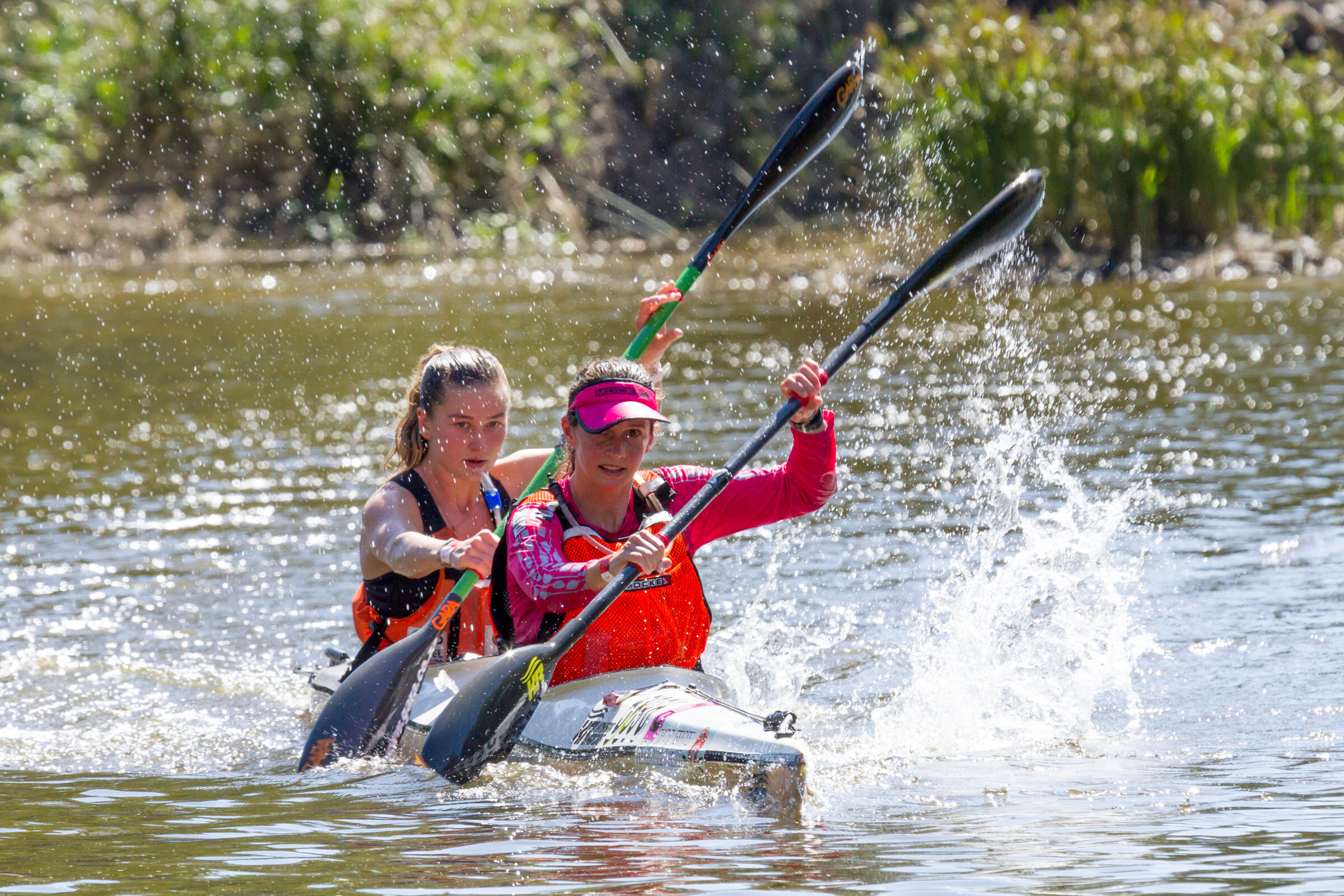 “We had so much fun today, which was part of our plan,” said Mackenzie. “After the craziness of the start we made sure we were there to have fun. That helped to relax and minimise mistakes in the shallow rapids.

“We were lucky because we are so light, and often the guys around us would get stuck in a rapid and we would get through.

“Our combination worked really well today,” she added. “Kim drove brilliantly. We didn’t lean at all and only in the last seven kilometres did we start to feel tired.”

While the event is hosting the SA K3 championships, all but three of these bulky craft have unbundled into K1 or K2 entries due to the low water conditions. The trio of Daantjie Malan, Gerhard Beukes and Francois Meyer did well with a 22nd place overall to comfortably lead this class overnight.

Boat repairs are the order of the day at the overnight stop at Riggton Farm. “Everyone is fixing their boats. These rocks are so sharp they shredded the boats,” said Houston.

The final stage is a short, sharp 17km leg from Riggton to Drew Bridge on Sunday morning. 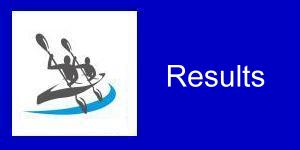 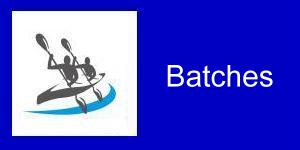